This is the third of three posts previewing the STL’s contempt trial which starts later today and involves a corporate defendant.

My first post summarised the five decisions issued by the STL in the past year on the question of its jurisdiction over legal persons in contempt matters. My second post offered some comments on the STL’s approach to its jurisdiction. This post previews some particular issues that might arise during the course of the trial.

Get the right defendant!

The corporate defendant is identified as “Al Jadeed [Co.] S.A.L / NEW T.V. S.A.L. (N.T.V)”. Understandably, it is referred to as “Al Jadeed SAL”. But if you click on the Indictment on the STL’s case page (see the image on the right hand side), it brings up an Indictment in the name of “New TV SAL” rather than “Al Jadeed SAL”.

The reason for this discrepancy is that, at the initial appearance on 13 May 2014, defence counsel submitted that the Indictment named the wrong corporate defendant. Karim Khan QC represents both defendants (natural and legal). Mr Khan submitted that New TV SAL encompassed other commercial enterprises, whereas the corporate defendant responsible for Al Jadeed TV was “a different legal beast”.

On 14 June 2014, the prosecution sought leave to amend the Indictment by changing the name of the charged corporate accused. This change was confirmed in October 2014, after the Appeals Chamber had overturned Judge Lettieri’s decision on jurisdiction. It seems that the STL’s website has not caught up.

As an outside observer, it is difficult to judge how serious any error was – the prosecution’s submissions on the matter contended that the position is murky and emphasised that the company’s Lebanese registration number is the same in both versions of the Indictment. Maybe the late name change is just a bit embarrassing rather than actually detrimental to the prosecution’s case. Nevertheless, it was not the smoothest of starts and provides fodder to a likely defence submission that the details of this novel prosecution have been overlooked.

What do the elements of (international) corporate criminal liability actually look like?

In Judge Lettieri’s decisions rejecting jurisdiction over legal persons for contempt, he expressed concerns that the bare assertion of jurisdiction would leave a vacuum and risk arbitrary decision making. Judge Akoum’s dissent from the Appeals Chamber’s decision in Al Jadeed SAL expressed similar concerns. Nevertheless, now that the trial is going ahead, the parties will need to satisfy Judge Lettieri as to what the elements of corporate criminal liability look like. For whose conduct is a company liable? What degree of knowledge and intent must be established within an organisation, and at what level? Is it permissible to aggregate knowledge and conduct across different sources within (or outside?) a company? Do the usual modes of liability relied upon at international tribunals (e.g. committing, joint criminal enterprise, aiding and abetting, superior responsibility) apply to a legal person?

It is partially instructive to trace how some of these matters have been approached thus far. 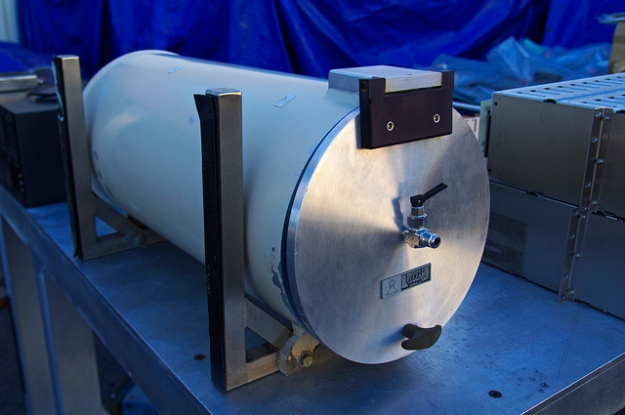 Corporate criminal liability as alleged in the Indictment

It is also alleged that Ms Khayat was, at all relevant times, a shareholder of Al Jadeed SAL, but the relevance of this is not explained.

There are two further details in the Indictment worth noting at this stage.

Therefore, although Al Jadeed SAL’s liability is, for the most part, presented as parasitic upon Ms Khayat’s role, the knowledge and conduct of others are introduced, in particular in relation to the company’s responses to the STL’s orders.

In setting out the elements of contempt with respect to the corporate defendant, Judge Baragwanath’s decision, which accompanied the issuance of the Indictment, emphasised three things. It stressed that Ms Khayat (see paras 39 and 47):

It is curious that not all of these allegations, in particular Ms Khayat’s alleged motivation, did not make their way into the Indictment if they are said to be material facts necessary to establish corporate liability.

The prosecution filed its Pre-Trial Brief publicly on 14 October 2014. The summary of the factual allegations, including the details of the relevant broadcasts and publications, is heavily redacted. But the legal submissions on the elements of corporate criminal liability are public.

The prosecution then invites Judge Lettieri to take these “principles and trends into account” and apply a standard of liability whereby Al Jadeed SAL should be liable for:

In relation to count 1:

In relation to count 2:

Therefore, in evaluating Al Jadeed SAL’s liability, one important task facing Judge Lettieri will be to make sense of the various references to the persons upon whom corporate criminal liability can be based and whether it is permissible to accumulate liability on such a basis, or whether, particularly in relation to a company’s mens rea, knowledge and intention must be proven at a senior level – perhaps even more senior than Ms Khayat?

It is tricky to evaluate the facts of this case because a number of the details related to the alleged contempt are confidential and unknown to the public. Nonetheless, some of the areas of likely contention seem clear enough.

In an interesting pre-trial development, last week Ms Khayat gave an interview to Washington Post. She has also been quoted in The Guardian. She characterises the prosecution of her and Al Jadeed SAL as a threat to the fundamental freedom of the press.

The STL’s decisions and certain prosecution submissions have sought to refute such complaints on the basis that press freedom does not extend to impermissible interference in judicial processes, or the flouting of court orders. The prosecution’s Pre-Trial Brief, for example, alleges that the “entire thrust and tenor” of the broadcasts and internet posts was to leak information from the STL and expose information known to be confidential.

But it seems likely that this will remain a central area of contention, particularly because the information broadcast by Al Jadeed SAL is described in the Indictment as  merely “purportedly confidential” (rather than subject to express protective measures). Moreover, as I understand it (although I have not watched the broadcasts), measures were taken to obscure identities of those shown in the broadcasts. The defence case is that the press is entitled to report and demonstrate leaks from the STL. The prosecution will maintain that there are other, more responsible and lawful ways to do that.

This debate could raise particular issues relevant to corporate liability. Count 1 alleges knowing and wilful interference with the administration of justice. Count 2 alleges a violation of the STL’s order. In relation to both counts, it seems likely that internal corporate processes and assessments will come under scrutiny. In relation to count 1, the debate might well focus on whether the company intended to interfere with the administration of justice despite any internal deliberations and measures designed to protect identities. In relation to count 2, the prosecution’s Pre-Trial Brief suggests that Al Jadeed SAL took the considered view that the STL’s orders were not binding in Lebanon. This could all raise factual questions quite separate from the alleged responsibility of Ms Khayat.

The elements of corporate criminal liability to be articulated and applied by Judge Lettieri are what makes this case of broader significance. It remains to be seen how Judge Lettieri will approach the detailed elements of corporate criminal liability. The prosecution has until 22 April 2015 to present its case. The defendants will have from 12-15 May 2015 to present theirs.