This is my second post on corporate liability under the Alien Tort Statute (ATS) following the US Supreme Court’s recent decision to grant leave to appeal in Jesner v Arab Bank plc.

This post offers some initial thoughts on the issue to be determined by the Supreme Court: is corporate liability “categorically foreclosed” by the ATS?

Did the Supreme Court already express its view in Kiobel?

Although the Supreme Court in Kiobel II focused on the rebuttable presumption that the ATS does not have extraterritorial effect, rather than the corporate liability point from Kiobel I, there is a curious sentence at the end of the Kiobel II judgment.

After setting out the test that, in order to overcome the presumption, conduct must “touch and concern” US territory with “sufficient force”, Chief Justice Roberts stated that,

“[c]orporations are often present in many countries, and it would reach too far to say that mere corporate presence suffices.”

A counter-argument is that this reads too much into a single sentence; it ignores the context that the Supreme Court explicitly declined to address corporate liability by avoiding Kiobel I for Kiobel II.

There is a risk that too much is made of this sentence. Not just because the court’s focus was extraterritoriality. Kiobel was not litigated on the basis of US corporate presence. The defendant Shell was headquartered in the Netherlands and the United Kingdom, with its Nigerian subsidiary alleged to be involved.

It would, however, be odd to ignore completely the Kiobell II sentence about “corporate presence” plus (…). Although not binding, or particularly persuasive by itself, it could be an indicative barometer of the (then) court’s inclination.

Is the answer found in substantive (ie international) law or domestic law?

The ATS provides jurisdiction over torts committed in violation of the law of nations. The briefs and oral argument in Kiobel I debated which source of law the court should look to in order to decide whether corporate liability flows under the ATS. Is the answer found in customary international law, where corporate liability is, some say, less well-established? Or US domestic law? In other words, is the answer found in the substantive law to be applied, or the law of available remedies before federal courts.

Attention is sometimes given to a single footnote in the Supreme Court’s 2004 judgment in Alvarez-Machain v Sosa – a defining judgment on the types of claims permissible under the ATS.

Sosa involved a claim by Mr Alvarez-Machain against the US government and individuals involved in his capture and rendition to the US, where he was tried for alleged involvement in the murder of a US agent by a Mexican drug cartel.

Mr Alvarez-Machain was acquitted. He then sought damages for his kidnap and transfer.

The Supreme Court held that the ATS does not create any causes of action by itself. Rather, it is a jurisdictional grant (or gateway) for claims based on select violations of international law defined with specificity equivalent to violations of the “laws of nations” recognised in 1789.

Justice Souter for the majority referred to offences against the law of nations which, according to Blackstone’s 1769 Commentaries, were recognised by English criminal law at the time: piracy, infringement of the rights of ambassadors, and violations of “safe conducts” (immunities).

Justice Souter held that modern US federal law recognises actionable international norms beyond Blackstone’s triplet; but only “on the understanding that the door is still ajar subject to vigilant doorkeeping, and thus open to a narrow class of international norms today.” 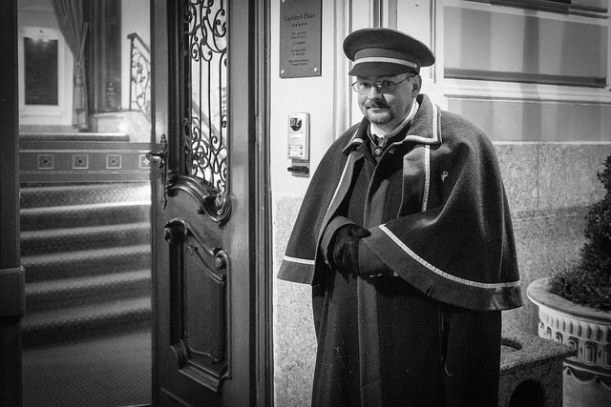 The late Justice Scalia dissented from this part of the majority’s reasoning. He thought it gave ongoing and imprecise law-making powers to federal courts (i.e. depending on which international norms courts might later decide to let through the door).

The Supreme Court in Sosa further held that the relevant international law must be obligatory to provide the basis for a claim; as opposed to merely declaratory or provisions needing further steps to be taken by States to provide remedies before national courts.

On the facts, the violations alleged by Alvarez-Machain did not meet the Supreme Court’s test for actionable international laws under the ATS.

The Sosa footnote subjected to scrutiny is footnote 20. In support of a statement that the international law must be sufficiently clear to squeeze through the ATS’s jurisdictional gateway, Justice Souter noted the following:

There is an argument that footnote 20 confirms that international law (rather than federal law) governs who may be sued under the ATS (as well providing the actionable international law(s)).

A counter-argument is that it is inappropriate to read footnote 20 as distinguishing individuals from corporations. Some argue that, reading on, Justice Souter merely had in mind a more limited point that some international law violations (eg torture) involve particular actors (eg state officials).

There is a risk that too much is made of footnote 20. There was no claim against a corporation in Sosa, so this aspect of the footnote is obiter.

Back to the history and purpose of the ATS?

Looking forward to Jesner v Arab Bank plc, further analysis is probably needed of whether the ATS was originally intended to recognize claims against legal persons.

During the oral hearing before the Supreme Court in Kiobel I, this was how Justice Breyer among others wanted to approach the issue: he referred to theoretical claims (in 1789) against “Pirates Incorporated”.

In Kiobel I, counsel for Shell responded that no claim would have been possible against “Pirates Incorporated” when the ATS was first passed. She then added the fallback that, even if a claim against a corporate pirate was possible in 1789, an additional step is needed nowadays to show that any further categories of modern international law apply to corporations. She made the point to Justice Breyer in the following way:

A given norm must be applicable to a corporation.  So, even if I gave you Pirates, Inc., it wouldn’t decide this case.  But in fact Pirates, Inc., was not suable…”

This remains the crux of the debate in Jesner v Arab Bank plc. It is not a straightforward point because, as Justice Souter noted in his judgment in Sosa, there is a “poverty of [ATS] drafting history” and “it is fair to say that a consensus understanding of what Congress intended has proven illusive.” (At pp. 23-24.)

My previous post said I would come back to Licci (another appeal before the Supreme Court raising the same point as Jesner).

In some ways, Licci would have been a clearer case for the Supreme Court to address corporate liability under the ATS. Like Jesner, it involves financial flows through New York said to have assisted violations of international law overseas. Significantly, the Second Circuit in Licci (Judges Sack, Wesley and Lynch) expressly found that the alleged US money flows in that case touched and concerned the US with “sufficient force to displace the presumption against extraterritoriality.”

In other words, the test in Kiobel II was met. (No such finding was made in Jesner.)

The Second Circuit panel in Licci proceeded to note that,

as is often the case in the law, no sooner is a certainty expressed than an exception presents itself. This case, in which defendants are accused of domestic acts that aided and abetted torts committed abroad, may illustrate a category of cases that surpass Kiobel II’s extraterritoriality inquiry but do not survive Kiobel I’s bar on corporate liability. At present, how large a class of cases that may be is difficult to know.

The class of such cases could be very sizeable indeed.

The way the Supreme Court decides to approach Jesner v Arab Bank plc will be followed closely by all those with an interest in civil claims for alleged corporate complicity in human rights violations.

Julian Ku predicts a win for the claimants; although he thinks that the defendant company has the better arguments.

Let’s see how the various briefs (when filed) pick up from where Kiobel I left off. Watch this space!